All fractions are fraction only. (Not to the power)

Enjoy the puzzle in more and more methods . Share the joyous occasions with others

Surprisingly both or giving the same total of 2775 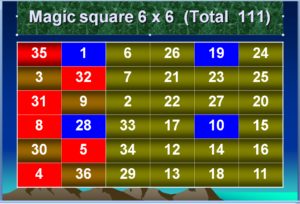