A palindrome is “a word, phrase, or sequence that reads the same backwards as forwards“, example madam

We have come up with a new idea of forming palindrome magic square with special feature of repeated numbers along the diagonals!

This is a sample 5 x 5 Palindrome Magic Square. We have also done the same for higher orders including 7 x 7, 11 x 11, and so on! Happy exploring!!

All vertical, Horizontal and both diagonal totals are equal to 369

Also the diagonally opposite and symetrically opposite numbers around the center number 41 will give a total of 82. 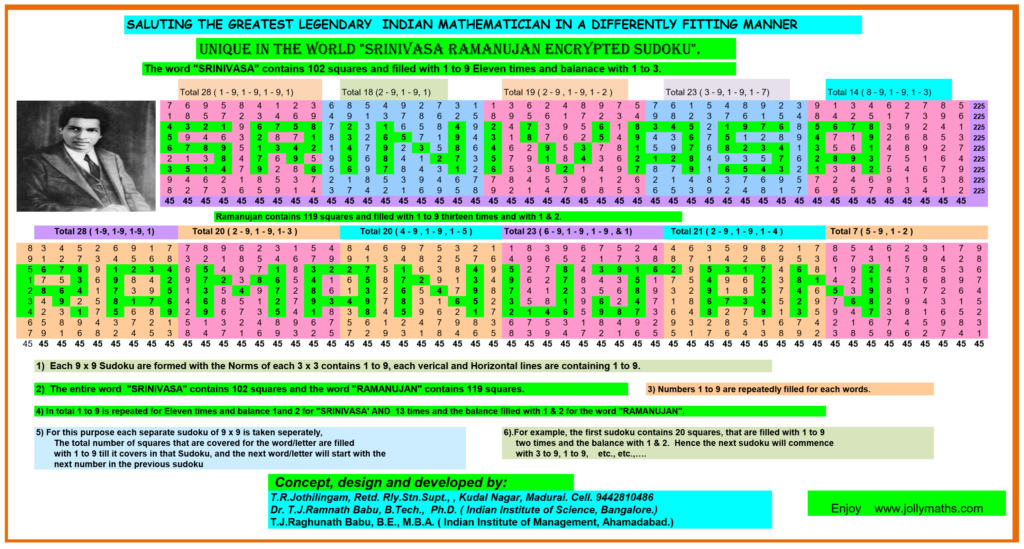